52 Ancestors in 52 Weeks challenge this week is “water”.  I thought about this for awhile and all of my ancestors came over to the United States on boats so there is nothing new there.  Then I thought about my mother’s family always seemed to live near water or take vacations that involved water.  I decided on more of a pictorial history of my mother’s family and water.

My maternal grandmother was born in Ottawa, Illinois and lived there for part of her youth. “Ottawa, Illinois is situated at the junction of the Fox and Illinois rivers, nearly the geographical center of LaSalle County.  The Fox enters the Illinois from the northeast and with its rapid currents feeds the Chicago and Illinois Canal, which follows the banks of the Illinois River.” [1]    Both her mother and father were brought up in Ottawa, Illinois.  Her paternal grandparents lived on Chapel Street in Ottawa and across the street from the river. While still a child her mother moved to Chicago and they lived not far from Lake Michigan and Lincoln Park Zoo.  As adult she and my grandfather moved to Villa Park, Illinois and there is no lake or river near by.  But they did take vacations to lakes.  The one place they went most was to Fox Lake, Illinois. 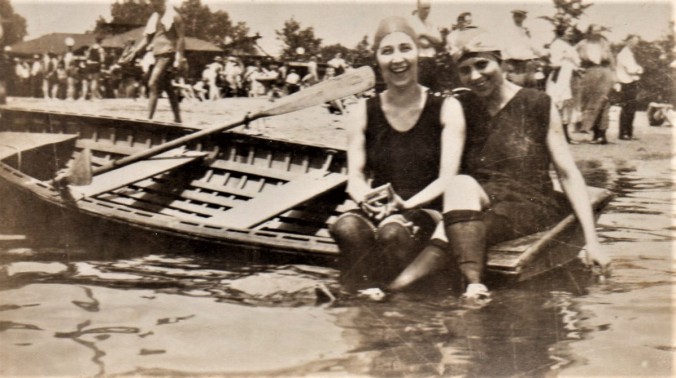 Grandma and her best friend at Fox Lake, Illinois 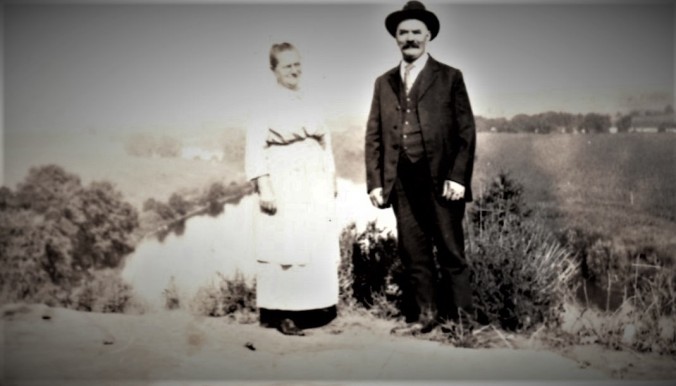 Great Grandparents at the top of Starved Rock

My grandfather liked to fish and some of their excursions involved fishing. 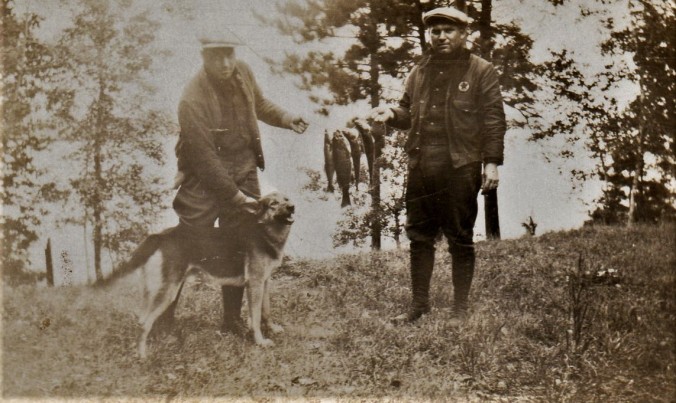 Grandpa, dog Rudy and friend with 3 Pikes and a Bass at Sand Lake 1929

One thought on “Water, Water Everywhere”