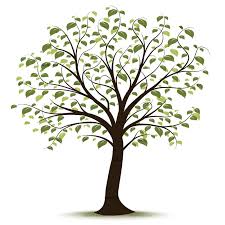 Doing genealogy can be tricky.  It can be tricky picking your ancestor out of a list of people with the same name in an index or database.  It helps to know something about your ancestor such as his date of birth, where he lived, died, his wife’s name,  and children’s names.  You don’t have to know everything, but you need one or two pieces of information to pick him out of list of others with the same name.  I like to watch “Who do you think you are” and other genealogy TV shows, but I think they make it look way to easy.  For example, a guest will type their ancestor’s name in Ancestry.com and up pops their ancestor.  Sometimes the name is totally different, but the researcher tells them this is their ancestor.  They never explain how they arrived this conclusion.  I know they don’t show all the research because of time and it would probably bore most people if they went into details.  But I think they should say we put in X amount hours searching for this persons ancestors, it is not as easy as it looks.  Of course this ancestor can now be trace back to some king or an ancestor who did something great.  Since they do not tell you how they arrived at their conclusions, I sometimes wonder if they have done the research, or are they just making it up for good TV.  I’ve been doing this since 1979 before computers and the Internet. It has never been that easy.

When the Internet first came to the library, people would come in and ask us to find grandpa because they heard their family tree was on the Internet, or they wanted a book that listed all of Daniel Boone descendents because their last name is Boone and they were told they were related.  They were disappointed when there was  no book that listed Daniel Boone’s descendents down to them.  I would explain that they needed to start with themselves and work backwards.  They didn’t want to do that because they didn’t want to do the hard work.  They just wanted to find it on the Internet or in a book.

I spent years trying to find my great-grandfather, because he used the name George when his name was Isidor.  I’ve had many a brick walls like that.  You can’t jump to conclusions.  When I have done the research, and I have a lot of circumstantial evidence, I am still hesitant to claim the ancestor without the documentation.  But it seems to me that they do this a lot on the genealogy TV shows.

If you post your family tree on Ancestry.com they will give you a hint by the way of a leaf.  But these hints can cause trouble too.  People think that because the hint has their ancestor’s name it must be their ancestor.  One lady attached my grandfather to her family tree by way of a hint.  For awhile, I thought he was a bigamist because she had him married to someone who was not my grandmother at the same time he was married to my grandmother.  I did  my own research on the other lady he was supposed to married to and found that she was married to a man who had the same name as my grandfather, and was born in September 1896 same as my grandfather, and lived in Chicago the same as my grandfather.  My grandfather appears on the 1930 census married to my grandmother, and the man with the same name also appears on the 1930 census married to this other lady.  If this person had done her research she would have realized she had the wrong person.  Like I said Genealogy can be tricky.  You have to be careful and do your research.  It methodical and takes time, not like what you see on TV.

One thought on “Genealogy Can Be Tricky”